Louise lit up our lives. Let her tragic death be a beacon of hope on drugs
A year ago, 21-year-old Louise Cattell drowned in her bath after taking ketamine. Her mother, Vicky Unwin, says action is needed to stop other deaths 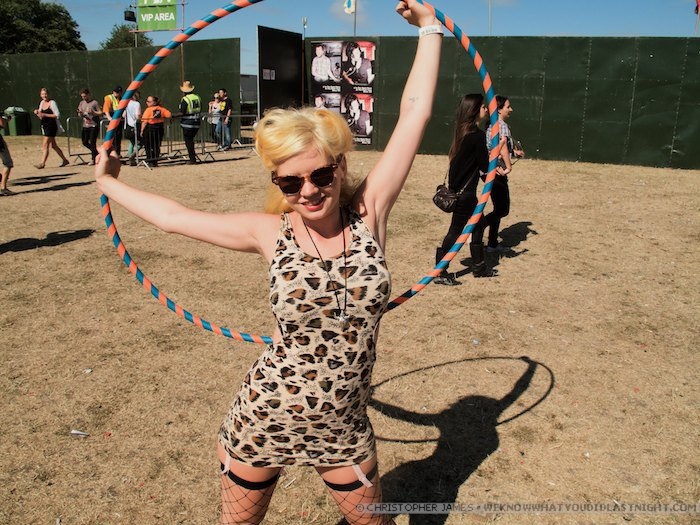 Louise Cattell at the Lovebox festival in 2010. Her mother says she lit up lives with her kindness and generosity.

On Wednesday 2 March 2011, our lives changed for ever. Our beloved 21-year-old daughter, Louise, who had everything to live for, drowned in her bath after taking an unintentional overdose of ketamine. She was not a regular drug user; she was a gregarious, popular, fun-loving girl who, as I said in my obituary in the Guardian, “achieved more in her 21 years than most of us do in a lifetime”.

She had been, variously, a DJ, a dancer, a photographer, a fashion student, and was on the point of taking a degree in fine art. She was loved by everyone she knew as she lit up their – and our – lives with her kindness and generosity.

A year on, many people ask how I have coped; my reply is that you have two choices: to curl up under the duvet for a year or try to do something positive. When Louise died, I knew immediately that she would want me to stop others from losing their lives in such a stupid and pointless way;

I owed it to her memory and I knew that she would live on through my actions.

I was lucky in that Louise had been happy to have me as a friend on Facebook. It kept us close even when we were miles apart or just round the corner, and through it I had come to know quite a few of her friends. On the morning of her death, instinctively I posted the following message: “My darling Louise was found drowned in her bath this morning. Please help me/us in any way you can.”

As the horrible manner of her death began to sink in, I put out another message on Facebook: “Friends of Louise: this is her mum: I expect by now you know she drowned in her bath in the early hours of weds morning. She had taken ketamine so when she decided to watch a DVD in the bath she just fell under and never woke up. What a pointless and stupid way for our lovely girl to leave us and lose everything that was yet to come. My real message here is: PLEASE STOP WASTING YOUR LIVES BY TAKING DRUGS THEY KILL.”

As a media professional, I knew what I had to do: I asked every person who received this message to post it on their walls, so we could start a viral campaign.

So began an extraordinary journey of love, support, friendship, which continues to this day and has propelled my campaign to raise awareness of the dangers of drug use.

Louise’s friends, despite the age gap, have been wonderful; we regularly chat online and remember her, we swap photos and memories; we celebrated her birthday on a freezing night on Primrose Hill with fireworks containing her ashes and Chinese lanterns; they collected for a bench in Camden, and wrote the inscription: “In loving memory of Louise ‘Little Lou’ Cattell whose glowing creative spirit still graces these streets. Donated by those she inspired.”

They have organised a memorial gig at Dingwalls on Wednesday; Tim Arnold – “The Soho Hobo” – is releasing a single in her memory, Little London Lou, which will be premiered at the concert.

My husband Ross has built a tribute website, celebrating Louise’s life but also aimed at raising awareness of the risks of ketamine. The January traffic alone was more than 5,000 unique visitors and 180,000 hits. Facebook and the internet provide a constant medium to spread the word about the dangers of drugs while keeping her memory alive.

Louise’s death was widely and inaccurately reported in the press. I realised that, rather than be ambushed, we should take the real story to the press, so on 17 April the Observer published an article, “Every parent’s worst nightmare – how ketamine killed my daughter”. Soon my phone was hot with calls for interviews and articles – we even had the Mail and the Telegraph trying to outbid each other – and I made a conscious decision to devote a year of my life to raising awareness of the dangers of ketamine.

Despite this assertive action, not all the press was friendly – one national newspaper even doorstepped us on the day of her funeral — and I filed four complaints through the Press Complaints Commission. In compensation, I negotiated columns and articles in Louise’s memory, warning people about ketamine. It was in response to one of these, an article I wrote in the Evening Standard, that Maryon Stewart called me.

Maryon started the Angelus Foundation after her 21-year-old daughter Hester died from a combination of a small amount of alcohol and a half-dose of GBL, a legal high.

Legal highs are commonly available chemical substances, such as plant food, bath salts and nail varnish remover, which are bought by and sold to kids “legally” despite their enormous potential to maim and even kill. In the wake of Hester’s death, Maryon had campaigned tirelessly and successfully to get GBL banned, then mephedrone (commonly known as miaow miaow or MCat), but she realised that no sooner is one substance banned than a host of others replace it.

In 2010, 41 new psychoactive substances were officially notified; in 2011, there were estimated to be as many but, since the government cut funding to laboratories, no one knows what’s in most of these white powders, which are quite often class B drugs cut with chemicals, nor what harm they can cause. But there is no doubt that many people are becoming sick, and even dying, from drugs such as ketamine, ivory wave, ecstasy, bubble, mephedrone – all of which seem to vary from batch to batch.

I was invited to join the board of trustees, which I gladly did, as I felt it was pointless to continue to lobby against ketamine on my own, when there is a reputable group, consulted by the Home Office and parliamentary committees on drug-related issues, and that, together with my extensive networks, we could campaign even more effectively.

In the autumn we made a breath-taking discovery: that the coalition government, in its recent curriculum review, had abandoned Labour’s bill to make the PSHE (personal, social and health education) curriculum compulsory, including drug education.

This means that every school can decide how much curriculum time it wants to devote to drug education (for more than 60% of schools that means one hour or less a year), what the curriculum is (one recent study found that 70% of pupils couldn’t recall any drug education in their secondary school), and who delivers it (it might be the PE teacher, the school nurse, and often it is a police officer or an ex-user who does an assembly). Most important, schools will not be measured on whether what they teach is successful or not. Research shows that drug education, poorly taught, can increase the use of drugs.

So we decided to team up with the Amy Winehouse Foundation to launch a parents’ petition to lobby government to make drug education part of the national curriculum. This campaign is being launched at the House of Commons on Monday. We will demand that every child receives an approved drug education, which can be measured in terms of efficacy. There are already several programmes in use in Canada, Australia and Sweden, which have demonstrated a reduction in drugs and alcohol use of anything between 20% and 40%.

We will also be lobbying for a separate ministry of drugs, reporting to the prime minister, as in France, where the use of hard drugs has dropped significantly since its inception, and drug deaths in 2008 were 10% of the UK total. Currently drug issues are shared out between Home Office, health and education – but are not at the top of anyone’s priority list in these straitened times.

Meanwhile, the work of Angelus goes on: we are making films with families bereaved by the loss of loved ones to drugs; of people who have been maimed, permanently or temporarily, and plan to roll them out in schools as a supplementary part of a drug education programme, and on the internet; we are researching optimum ways to communicate to young people; we are providing tips, information and scripts for parents to help them talk sensibly to their kids about drugs.

Sadly, as with most charities, funding is a nightmare; applications to foundations and trusts take for ever to come through, but we feel we cannot stand and wait. We have to act now to try to save other families from a loss such as ours. To do so means that Louise’s life – and her death – take on an extra meaning; it provides a little comfort in an otherwise darker world.