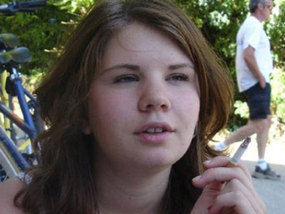 A GRIEVING millionaire father warned about the party drug Ketamine yesterday after an inquest heard his daughter took it before drowning in the bath.

Ross Cattell said hundreds of thousands of users wrongly believed that the compound which killed his daughter Louise is safe.

The 21-year-old, who went to the same finishing school as Sienna Miller, Jemima Khan and Lady Sarah Armstrong Jones, was found dead, lying in the bath, by a friend.

Mr Cattell, 53, a partner with accountant Deloitte, said: “We hope that by telling people more about Ketamine they will see it is far from harmless.”

Miss Cattell’s mother Vicky, also 53, added: “One of the things that came through the tributes was how she lit up a room, she was just vital and beautiful and everybody loved her.” Mr Cattell added: “She was amazing, she managed to pack so much into 21 years.”

The inquest heard that Miss Cattell, who helped organise London Fashion Week, had drunk beer and taken Ketamine before getting in a bath at her flat in Upper Clapton, east London, last March.

Poplar Coroner Selena Lynch was told three male friends had been taking the drug, but left the flat, while a female friend, Louisa Harris, was staying the night.

Miss Harris said: “I pushed open the door to the bathroom and she was lying on her back. She wasn’t completely underwater, but it didn’t look like she was moving or breathing.”

When police searched the premises they found scales thought to be associated with drug use.

Pathologists found five milligrams of Ketamine per litre of blood in Miss Cattell – a dose which has been previously associated with fatalities. The male friends were arrested but released without charge, while Miss Harris faces a charge of possessing Ketamine.

Recording a verdict of death by non-dependent drug abuse, Mrs Lynch said: “Ketamine is a particular risk because it is unpredictable and unlike perhaps some other drugs of abuse it is very difficult to know what the consequences might be.”